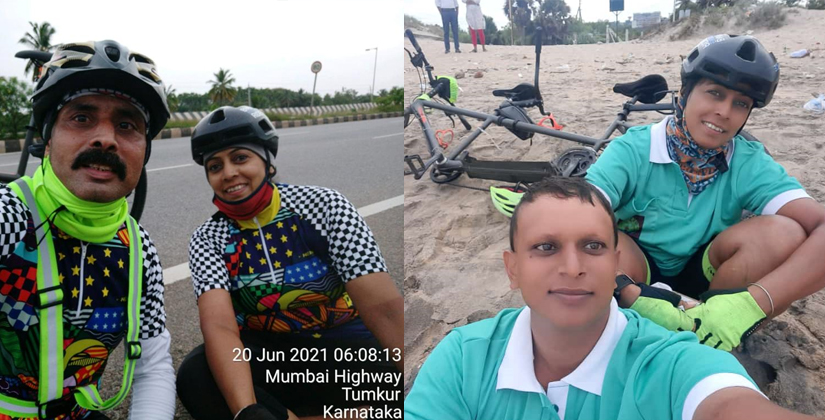 The Golden Quadrilateral is a network of national highways connecting Delhi, Chennai, Kolkata, Mumbai in four directions and is 6,263 km long. Velanker along with her ride partners managed to accomplish this feat in 41 days, seven hours and 20 minutes.

“I’ve been participating in unique (cycling) events in the last couple of years. I was looking to perform a challenge that nobody had attempted earlier and that’s when the idea of doing the GQ route on a tandem cycle came to me,” she says.

Meera Velankar and Dinkar Patil hoped to finish the entire stretch in under thirty days, if all goes well, peddling their way through Delhi, Chennai, Kolkata and Mumbai on a tandem cycle.

On Day 20 of her journey across India's Golden Quadrilateral on a tandem cycle, Dinakar had to quit because of a family emergency. Suddenly, Velankar was left with a bike that could not be paddled by a single person and nearly 3,000km from Kolkata to Bengaluru to go. Velankar and her riding partner had already clocked nearly as much distance since they left Bengaluru on 19 June. It would likely be the first time anyone on a tandem bike has covered the Golden Quadrilateral, which touches the big 4 metros—Chennai, Mumbai, Delhi and Kolkata. Velankar’s enthusiasm rested entirely on this fact. “If someone told me along the way that this route has already been done on a tandem bike, I wouldn’t cycle another kilometer,” Velankar tells me. “My motivation for this journey was its uniqueness.” Now, here she was, halfway through the journey, without a partner.

A friend who had offered to host them, told Velankar about Utkarsh Verma—a professional cyclist and mountaineer from Varanasi who had already cycled across the GQ route she was attempting. Velankar was unsure of whether the partnership would work. Verma was almost 20 years younger than her and had completed the route just a few months earlier in January 2021. But she got in touch anyway. As luck would have it, he was in Aurangabad at the time, and more than willing to join her for the rest of the journey. In a matter of a few hours, he was packed and ready to go.

Apart from the major roadblock, there have been several other challenges too, accentuated by the fact that they are travelling without an escort vehicle or a crew or even a backup bike. Their bike has seen 17 tire punctures through the course of the journey so far. Travelling without a support vehicle means that when this situation arises, the partners have to deal with it themselves, with one hitchhiking to the nearest repair shop, while the other waits by the highway with the 22kg bike.Throughout the trip, weather has also posed a constant challenge.

“You just have to try to see the positives and tell yourself that if it’s raining, at least it may not be too windy. If it’s windy, at least it’s not too sunny.” It’s a mindset that seems to define Velankar’s entire journey—across the Golden Quadrilateral highway and beyond.

She is hoping her achievement would inspire other women, married or single, to take on challenges, which the society feels are only for men. “If a woman of my age pursues an endurance sport, she has to face questions like ‘Why are you doing this?’ But I urge women to set their goals and not be bothered by such skepticism,” she signs off."

I am absolutely driven by the fact that what we are doing is unique, No one has done this route before on a tandem bike. 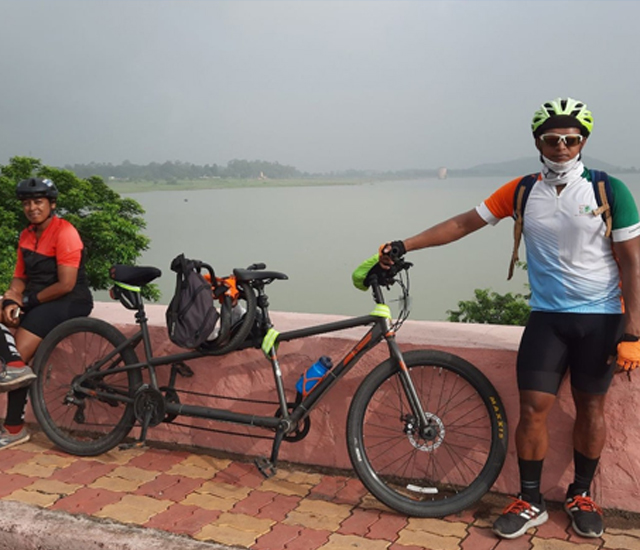 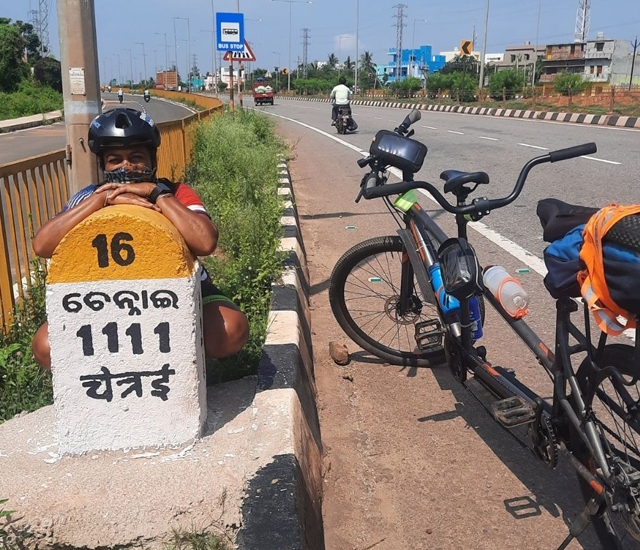 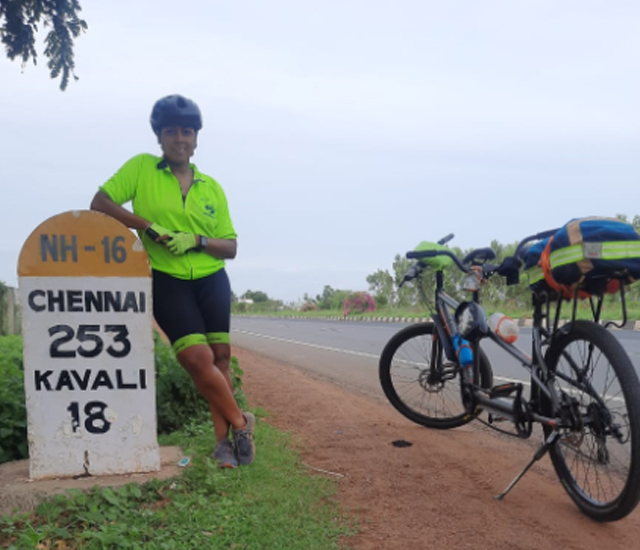 The Beauty of the ride