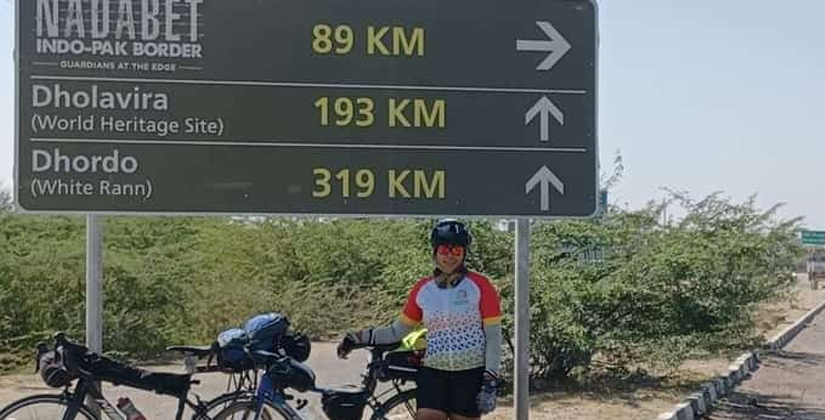 “Doing something unique is what motivates me. I keep telling myself that it (cycling) is like a video game that I have opted for, and I have to go from Level 1 to 5. It will be difficult, no doubt, but I will reach Level 5 and enjoy in the process taking the good and bad that comes my way without regret,” says the 44-year-old mother-of-two cyclist Meera Velankar. This Bengaluru resident believes in working aggressively towards her goal. “Be active, and fitness becomes your lifestyle. To attain and maintain a fit body and mind for my cycling journey is my finishing line,” adds Velankar. She has ridden three covid waves, literally, on her bicycle, covering three major routes over the last 16 months, The K2k Ride, The Golden Qualdilateral and now the East to West ride, otherwise known as the "the other k2k" in cycling circuits.

Never before has a pair of women cyclists travelled from India’s eastern-most town to the last town on the western borders of the country. While 46-year-old Meera from Whitefield is a veteran cyclist having peddled long distances, 44-year-old Tasneem from Richmond Town took to riding only in 2019.The two pedalled across 3,800km spread over seven states, including treacherous terrains and uninhabited regions. They started from the eastern-most corner of India in Kibithu, Arunachal Pradesh on January 27, 2022 and cycled till Koteshwar in Kutch district of Gujarat. “In this ride, the first 300 km and the last 300 km were very lonely, and the terrain was extremely difficult with hardly any connectivity. Also, cycling near the China border and the Pakistan border was very challenging,” she says.

“We received tremendous support from Indian Army personnel and Arunachal Pradesh government representatives as we set out on the east to west bicycling expedition. It was a great experience to ride past the mountainous region and to be welcomed by people on the way,” recalled Meera, a fitness consultant and mother of two teenagers. Being an experienced roadster, Meera had planned the route and pitstops in coordination with other cycling groups across the regions they were scheduled to pass. Riding through the days of January, they pedalled past wildlife in Assam’s Kaziranga National Park and the scintillating Himalayan peaks in West Bengal, soaked in the nippy weather of Purnia in Bihar and basked in the ancient glory of Ayodhya and Agra in Uttar Pradesh.

“We were racing against time as towards the end of February, the Rann of Kutch could be inhospitable for cyclists in terms of weather. Moreover, we were on our own. No matter how treacherous the terrain was, we couldn’t afford a support car to tail us on our budget-ride. Managing temperature variations in short span is tough. Cycling in mountains in freezing cold to high temperatures in Gujarat will be a challenge. We will have to throw away heavy winter clothing as we cycle into the plains.”said Meera.

Finally, on February 22, after 26 days of gruelling ride and a day’s halt, the Bengaluru women rolled into Koteshwar village in Kutch to conclude their cycling tour.

Middle-aged women are too tied up and scared to take up challenges. I hope we are able to encourage them to break their shell and experience the fun of outdoor activities. Even if they set out to walk, jog or cycle, it would be just great ! 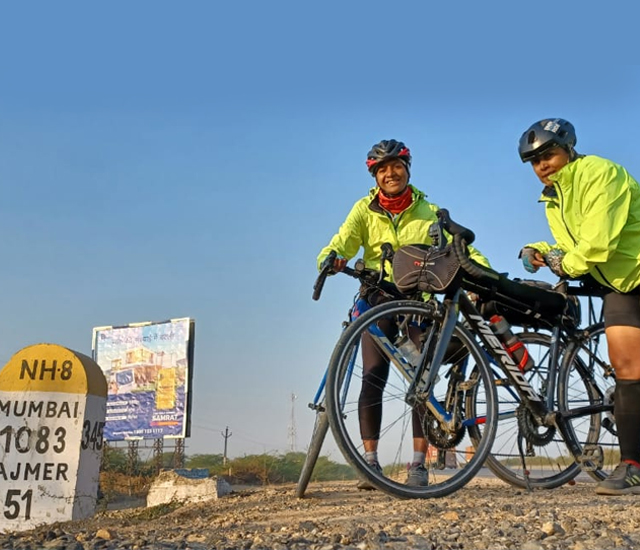 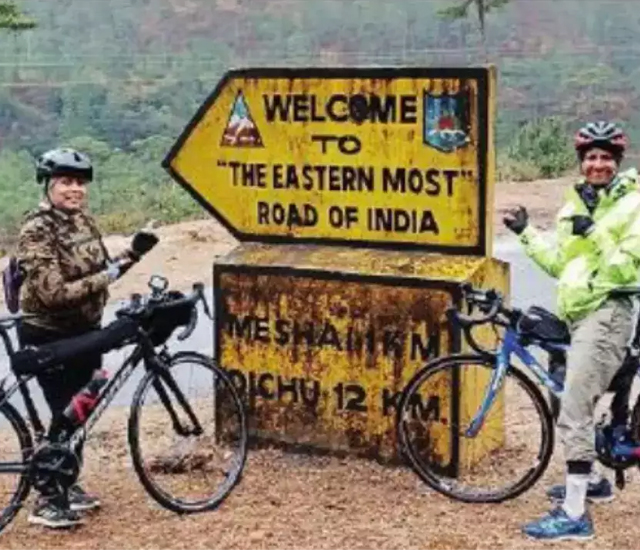 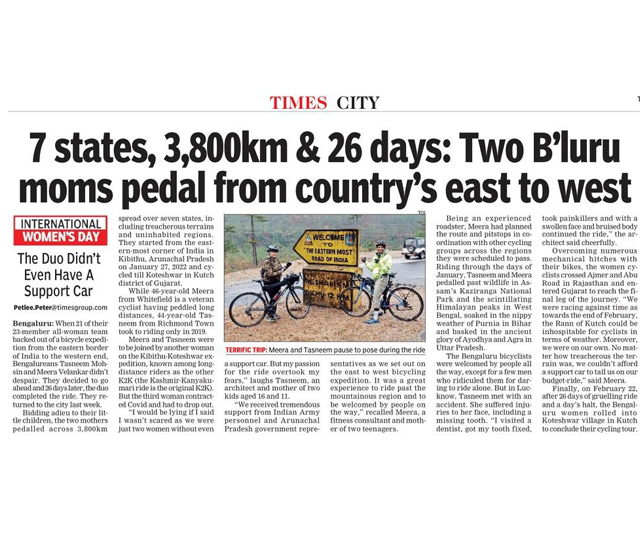 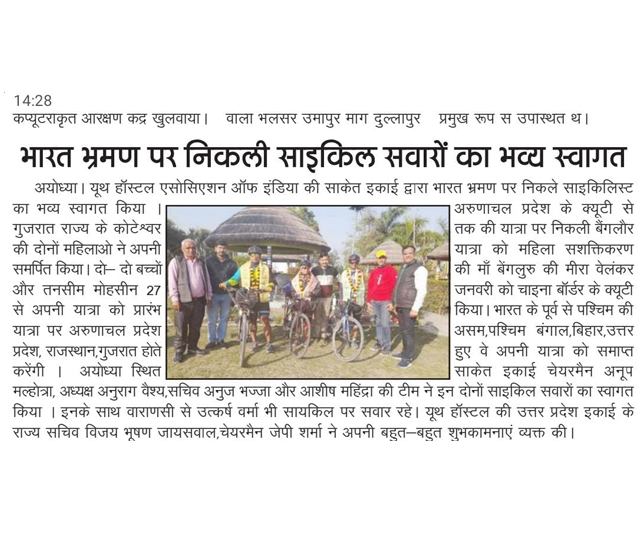 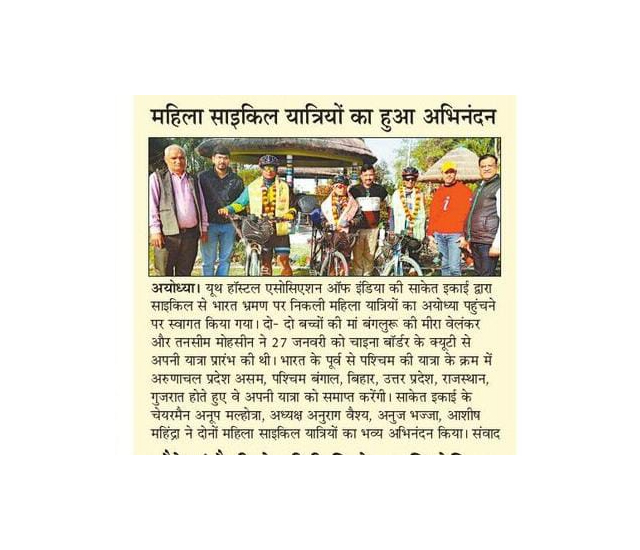