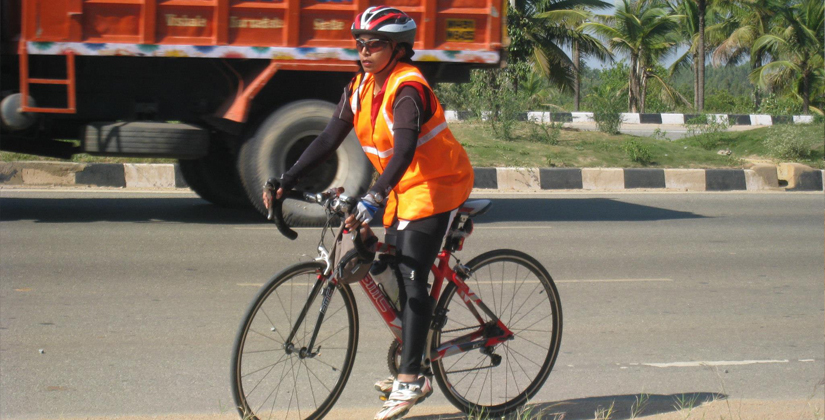 My mind was looking for more challenges, which is when I came across the Desert 500 event.The Desert 500 event mainly consisted of riding for a day and a night in the deserts of Rajasthan. The idea of riding on a moonlit night somehow thrilled me ! I started preparing for this event by talking to fellow cyclists for determining the gravity of the challenge. I also upgraded to a suitable bike, 105 BMC SR02. Mentally, I had to be extremely strong due to concerns about safety and unaccustomed terrain. I participated in this event and stood 3rd in the women’s category! Vivek Mahajan thankfully accompanied me during this ride. This event gave me great confidence in realizing that with some careful preparation, I could easily get into the mental mode of undertaking long distance events in India.

During 2012 , I joined a cycling team called as Cleated Warriors and came to know that some of the team members were planning to undertake the flèche ride to Hampi. I expressed my eagerness to join them and Chiddu, Rafi and Vinay graciously accepted this! Their acceptance meant that they were willing to take the risk of taking along a new and a relatively slow rider with them. In the end we could finish the Hampi flèche (minimum 360 km) in 24 hours.

After the Hampi flèche , I decided to pursue the Brevets for securing the Super Randonneur title. Interestingly, Brevets in french means “A commission promoting a military officer in rank without an increase in pay”! The question is, why would a cycling event be called as Brevets? Probably, whosoever named it thought about it as a reward-less activity undertaken for pure self-satisfaction. After having completed all the Brevet rides successfully, I can vouch for this.

My first Brevet in Bangalore was 200 Bangarpet. I completed this event in 12 hours, without taking long breaks (maximum 20 minutes) and without relying on company (except at the end with Suma Rao) and sped off in the last leg. My next Brevet was Anchetty 200, which was one of the toughest rides. IISC Radonneurs webpage coolly describes it as “a new and refreshing 200 Km route with green rolling hills and dotted with lakes”. In reality, there is a lot of steep climb and decent as well as traversing through unruly traffic ! The last leg in electronic city is nothing less than horrendous! However, It would have been impossible to complete this ride without the support provided by Sharath Raju and Vignesh and some careful preparation on my part. Luckily, I was one of the 14 finishers out of the 60 odd participants!

Mental preparation is everything!

My first disastrous ride was Randonneur 600. This was the ride when nothing went as per my plan and I had to give up this ride after 240 km. The main reason for not finishing this ride was, I had decided to do something without adequate mental preparation. Although I had previously undertaken the 500 km ride in Rajasthan, I was unprepared for the windy route, winding terrain and was feeling concerned throughout about my own safety as the sun went down ! At the end, all I remember is blaming the route planners for coming out with such a difficult route. Immediately after, another ride where I failed to qualify was the 14 poets ride, where i rode for 235 km and got off the route.

My training routine during these months consisted of running for 3 km followed by rowing for 2 km. In addition, I cycled at least 50 km on alternate days and did 100 km every fortnight. Occasionally, I did some weight training, focused on the right kind of diet and improved my abilities to focus on my objective.

After being unsuccessful on Randonneur 600 and 14 poets, the successful completion of Chennai 400 was very critical for me. At this stage, it seemed that my problems had increased as my kids would be alone at home and my husband and my father were not being very supportive for this ride due to concerns of my own safety. Moreover, there was some loss of morale due to Ranebennur 600 and my inconsistent training. Just when things were looking down, help came in the form of Suma Rao , who volunteered to look after my kids while I was away. This was a great starter for me and I somehow convinced my husband to support me for Chennai 400.

The bus to Chennai reached at 7 pm and the ride was supposed to start next day early morning. As soon as I alighted the bus, I got a call from Sundar Sir that the ride may be cancelled due to bad weather. This was totally depressing, especially after all the preparation. Fortunately, the weather gods were with me and the ride started despite the inclemental weather. All I remember about the ride was the extremely cooperative organizers and the fellow riders and me riding with a single point agenda of finishing the ride in time. I completed the ride and felt that this was my one of the best Brevet experiences. The ride had boosted my morale and had mentally prepared me for the 600 km ride.

While going for Delhi 600, I had to do the initial ‘convincing my husband and my father’ thing and both decided to support me for this event. For this ride, I was mentally prepared as never before and had almost memorized the cue sheet. Luckily, the Delhi Rando community turned out to be very supportive and specifically Vishal Tomar who accompanied me during the night ride, made my success possible. With the recent happenings in delhi, I felt that a women cyclist like me had only two alternatives while riding in Delhi i.e, to continue pedalling or to stop and invite trouble.

The successful completion of 600 BRM in Delhi took me a step closer to SR. The main hurdle was the 300 km ride which I knew was never going to be a major problem. There were some initial hiccups before starting this ride as my husband was travelling abroad, my father had to be requested to take care of my girls and I had taken up a job. Despite these, I simply took off for Hyderabad 300. Throughout the ride, I remember riding in an emotionless state and could complete the ride with the help from Srinivas Koli. Interestingly, I was able to complete my SR in 4 different randonneuring clubs..This was a great feeling!

Someone has correctly said that “Life is all about how well you handle plan B” and this is very true in case of long distance cycling.

Meera Velankar along with her teammate Mohammad Rafi, set out to accomplish a unique goal. to earn the badge of Super Randonnuers on a Tandem bike. the first ever by any Indian team. mixed doubles or otherwise.

For the newbies Super Randonneuring is about finishing a 200km, 301km, 400km and a 600km brevet all in the same season. To do this on a tandem bike is a super accomplishment in its own way. Rides are more challenging than normal due to logistics of transporting the long and heavy bike, riding it sync, balancing and distributing weight on bike, changing positions during brevet, riding on gears that are suitable to both, manouvering this bike on small roads all these add that degree of complexity far higher than a normal bike.

Both these cyclists have already earned their SR titles individually and multiple times. But for both Meera and Mohammad it was the uniqueness of the challenge that drew them to it.

"With an average speed of 20kmph, we did most of these breve with one hour to spare," says Velankar, adding that 200km was done around Nandi Hills while 300km/ 400km were in in Mysuru-Mandya belt." According to her, riders of equal height and weight make for a great tandem pair. "Power comes from behind, and we could not afford to have Rafi in the back as he weighed 85kg then. Since I was 62kg, I chose to be the stoker," she says."It was a set of rides loaded with fun and risk," recalls Rafi highlighting how important for the pair to be in sync every moment."

This was India’s frst tandem SR. 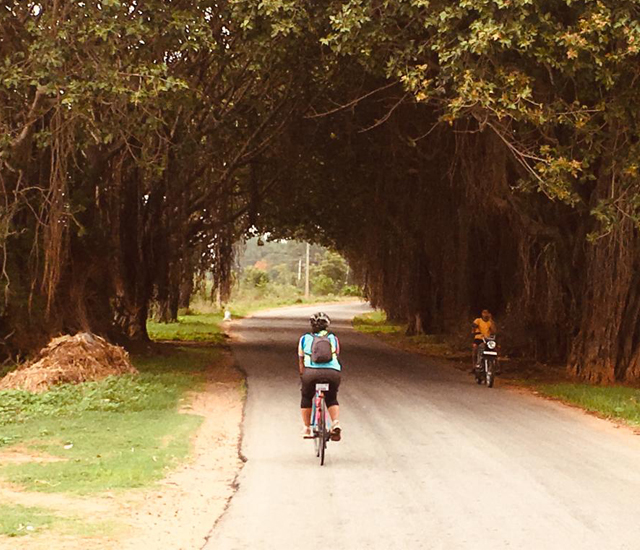 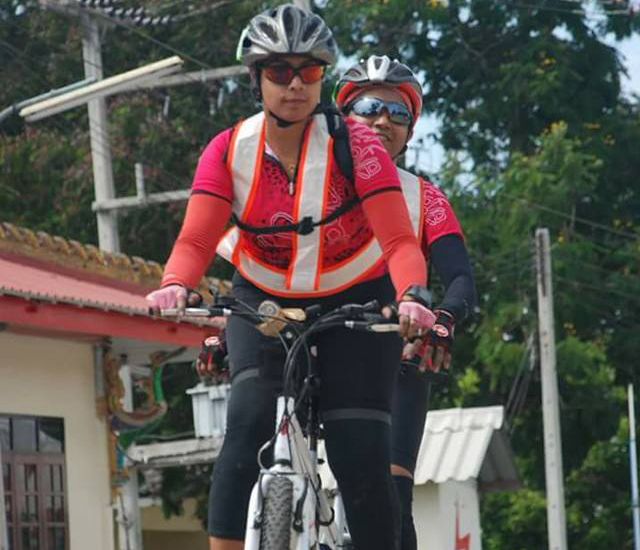 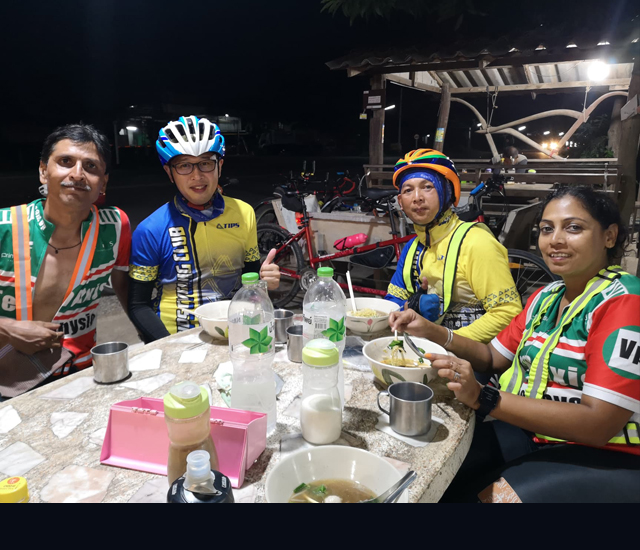 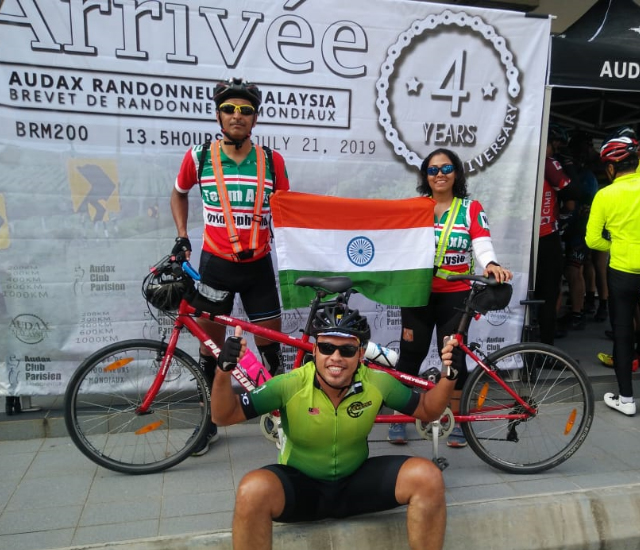 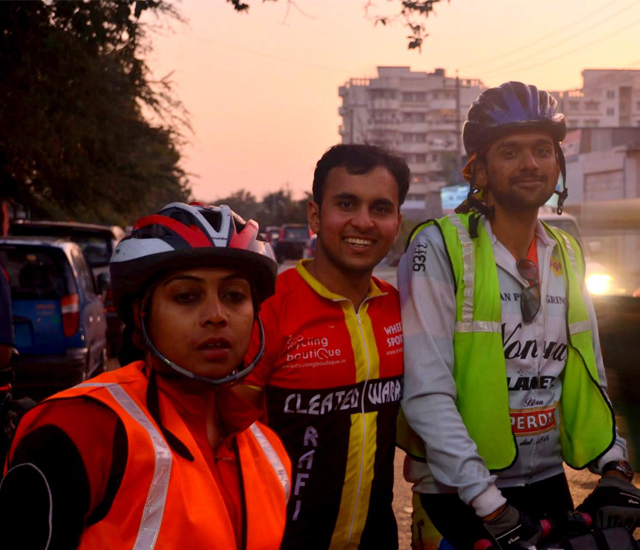