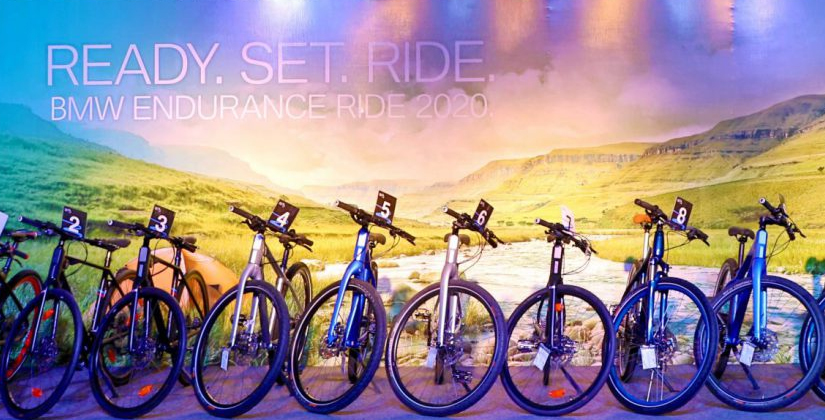 A chance to test BMW cycles!

When I got an invitation to join the BMW Endurance Ride 2020 as a Cyclop Athlete, I was immediately interested. A chance to test BMW cycles! With the big name BMW, came the big question—How good are their bikes? I was ready to find out.

The ride was planned from Mysore to Coimbatore; a distance of 224 km had to be covered over four riding days from Feb 7 to Feb 12, 2020.

At the event, I met twelve participants—from Super Randonneurs to leisure cyclists. One cyclist was a medical officer from the army. The participants came from Gurgaon, Chennai, Ahmedabad, Hyderabad, Jaipur and Bangalore. Of the 12 riders, 5 were women and 7 men. It was a good mix, of different professional and cultural backgrounds, all ready to hit the road. 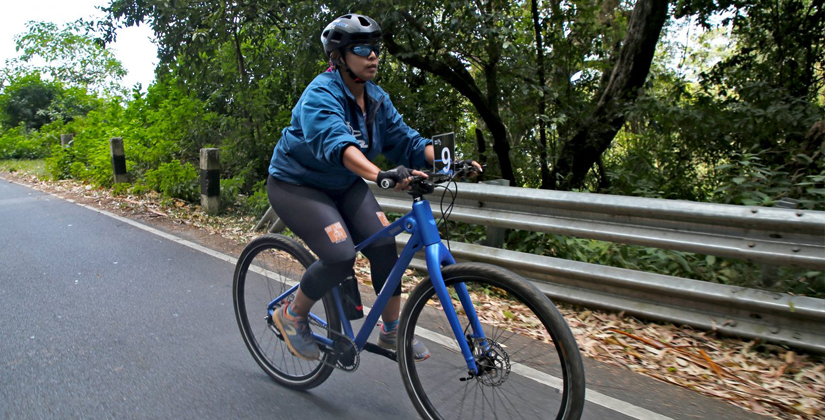 I got a BMW NBG IV; this bike gave me a comfortable ride on the rolling terrain. For uphills, I think the NBG III M bike by BMW was a better candidate with 30 speed-gear combinations.

It may be worth mentioning that the bikes were absolutely gleaming and quite good-looking. 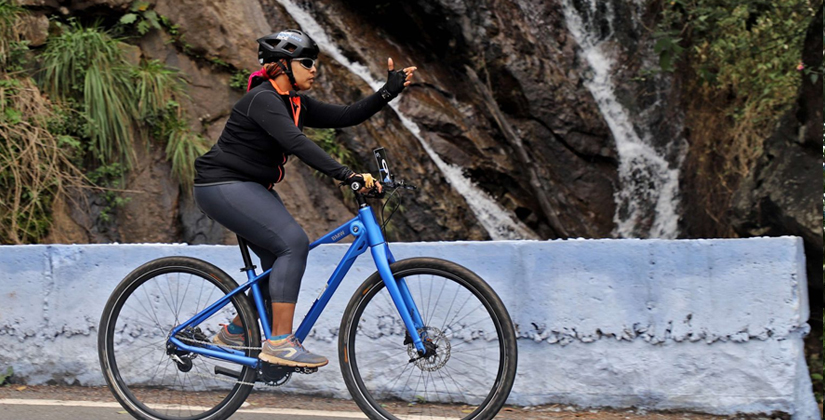 The ride was planned from Mysore to Coimbatore via the great uphill climb in Ooty and the rolling terrain near the Bandipur National Forest.

On the ride to Ooty, we rode through coffee plantations that shone lush green in the winter sun. Cycling to Coimbatore, we cycled through many villages past local school children who’d wave to us.

We tested the cycles on the road, but when we did hit an offroad patch, I found the bikes were extremely rugged, rock-solid and could take rough handling.

Cyclists are usually willing to rough it out but to our delight, BMW had rolled out the red carpet in this event. We flew from our respective cities to Mysore where we were received by a convoy of BMWs. Once in the car, we were given a welcome box and a personal letter. In Mysore, we enjoyed lunch at a golf resort and before we could start with the bikes a few of us test drove some BMW cars.

Throughout our stay, each of us got single-room, luxury accommodation at beautiful resorts, including the Windflower Resort in Bandipur and the Black Thunder Resort in Mettupalayam. On the last day all the participants enjoyed a cocktail dinner at Radisson Blue in Coimbatore. At every place we sampled local culture and delicacies. I especially remember the local earthen pottery and filter coffee.

The organizers had planned the ride to be an enjoyable one with great experiences along the whole tour. From the start, we knew that this was not an endurance ride to push one’s limits. One was there to enjoy the experience while getting a good idea of the bikes; this seemed very much in tune with the BMW brand that combines luxury with technical sophistication.

At the Black Thunder Resort in Mettupalayam, we enjoyed huge open spaces where games were organized. On the second day, everyone enjoyed a bonfire at the Windflower resort.

We also went for a wildlife tour at the Bandipur Reserve Forest. Needless to say, a camaraderie developed among the participants, media persons and organizers during the tour, and by the end of it, we were like one family.

I found the bikes were extremely rugged, rock-solid and could take rough handling.